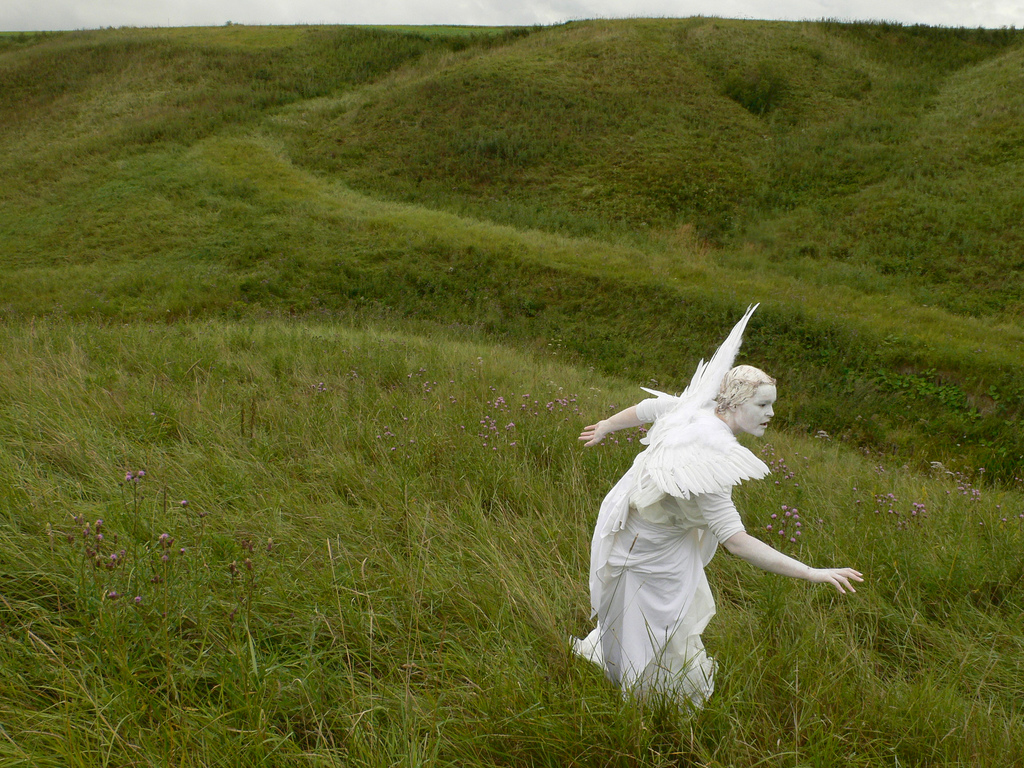 Part of the Taiteen tiet  site-specific summer installation along Hiidentie, from Salo to Rekijoki, Finland.

This project had a number of parts, but the chief public performance involved two mailboxes installed at either end of the 25km Hiidentie route between Salo and Rekijoki. In each was paper and pencils, and a request for thoughts, drawings, or objects to be used as inspiration. Twice, during the summer, I returned to the mailboxes to find something interesting. I then planted this idea by the side of the road, marking it with a conventional garden marker.

A few weeks later, I returned to exactly where the “seed” had been planted to do a performance.

Of all the sites along Hiidentie, none caught my attention as much as the road itself. Elegantly shaped, a mix of dirt path in places to paved street with houses, and a fairly convenient 25 kilometres long, it presented an appealing mix of space and time. To prepare for the piece I mostly cycled, ran, and walked the entire road a number of times. I got to know the best hills, the old dead tree, the bit that reminds me of English countryside, the old church, the long straight farm road. On the opening day, I also cycled and ran the length of the road.

“Enkeli”, was inspired by a postcard. I covered myself entirely in white makeup and clothing, including hair, and did a living statue performance on a Sunday morning by the side of the road for a few hours. I had intended to only do this statue; however, when I was travelling by bicycle back to the school where we were staying, the response from other motorists was so positive that I decided to explore a bit more in the costume. Most memorably, I went to the graveyard, where a couple of families even asked for me to pose by a gravestone of a loved one so they could take a photo. This kind of a performance, familiar in touristic places and big cities, transferred warmly to a small town. (Later, I repeated the Enkeli in Helsinki and was surprised that people tried to give me money, take my photograph without asking, or move me along from standing near Stockmann’s property. In Hiidentie it was nice to play a statue; in Helsinki I had to keep moving and doing things in order to avoid being treated like a statue.)

The performances weren’t announced; people could only come by them by chance. At the time the smallness and fleeting quality appealed to me. The process, traveling the road over and over and learning it, learning the time it takes to go through each part, was made more important than the outcome. I suppose once in a while it is useful to have that kind of a luxury in work. However, although I thought this process was going to be the take-away research from the piece, it ended up being the Enkeli piece that offered the most. Enkeli worked because it was popular and pleasing; it’s hard to feel bad with an angel nearby, just sitting on a park bench. While in Helsinki most tourists wanted to get photos with me and then move on, and assumed I was doing this for money, in Hiidentie the context allowed for more breathing room.