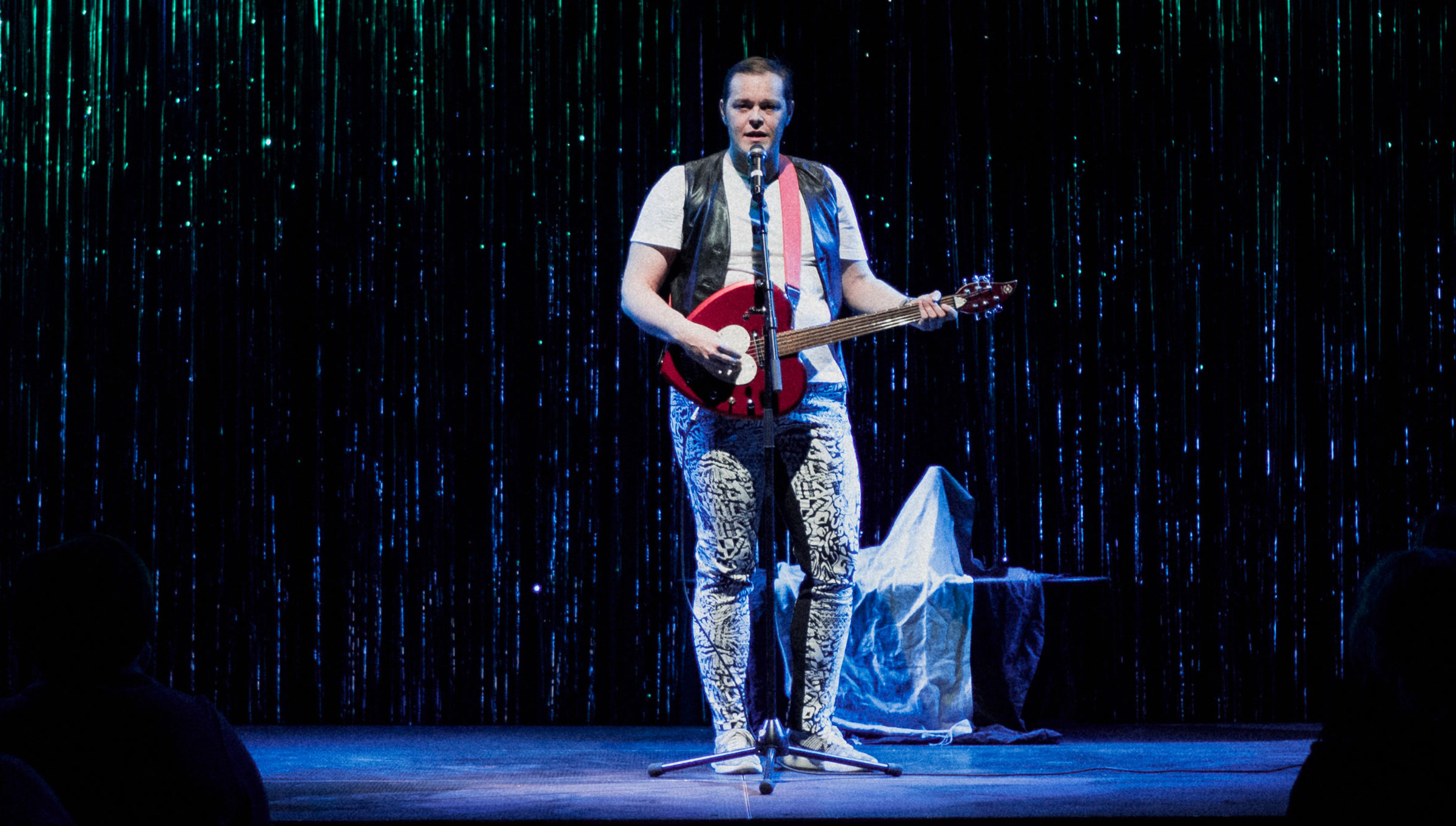 The Effects of Testosterone – Nelosen Stand Up!


James has been performing stand-up since 2011, and has now made audiences uniquely uncomfortable in Finland, Denmark, Sweden, Germany, Norway, the UK, Canada, and Singapore. He founded Helsinki's Feminist Comedy Night and the Feminist Comedy Academy, where newbies to the scene get their revolution on, and also hosts the monthly English night Comedy Idiot with Aatu Raitala, and the somewhat-monthly drag-burlesque-comedy night Punch Up! with Juuso Kekkonen.

"Feminist comedy shows involve content warnings/enticements, easy exits, consensual audience participation, and a critical attitude towards sexism, racism, homophobia, transphobia, ableism, etc. - as well as a critical attitude towards activism. Basically we like to think of it as Risk-Aware Consensual Comedy, where we're looking to test the limits of what is okay, but we're doing it with a different perspective."

His latest solo show, Gender Euphoria, is an hour-long study on one man's gender transition, from being a 1980s tomboy to the complex, nuanced questions surrounding gender, biology, role, and what to do when you leave your penis at someone else's house. Gender Euphoria premiered as James' practical work for a Masters degree in Live Art and Performance Studies, is still tourable, and has most recently been performed in Copenhagen, Brighton, and around Finland in 2018.